During the process of migrating to new DHCP servers my colleague noticed a lot of inactive leases in the DHCP scope for our data subnets. After cross referencing MAC addresses it became apparent that the leases belonged to our Shoretel IP phones. All of the phones also have active leases in the VoIP DHCP Scope.

First of all we took a look at the DHCP scope options. Option 156 was enabled on both scopes, containing the following.

Step 2 is where the phones were getting the lease in the data subnet.

We decided to try lldp-med on the Cisco 2960S switches that we use for access.

This is probably a good time to mention that all of this was tested thoroughly in a controlled environment before it was rolled out to end users. We are not responsible if you break your phone system after reading about our investigations here.

I won’t go into detail about the QoS config we are running. It is there though, just not shown here.

Next we removed option 156 from the data scope and changed the string in option 156 on the voice scope to the following.

After rebooting the phones they did the following.

We rebooted the phones and they did the following.

Success! Or so we thought. The country and language of the phones had both reverted to 1 and 1, meaning the dial tone was different, although the language was still English.

There is an updated method to accomplish this, whcih you can find in my newwer post ShoreTel LLDP Followup. 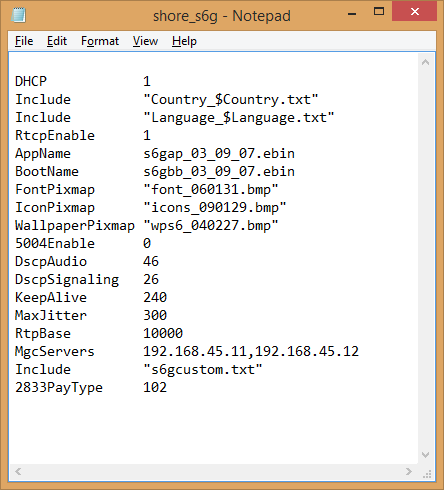 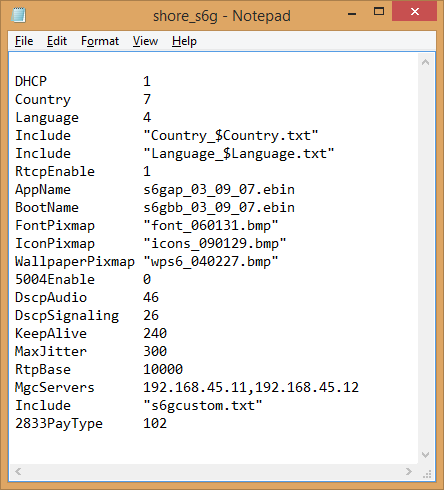 After a quick reboot the phones were back to their normal selves.

This site uses Akismet to reduce spam. Learn how your comment data is processed.